You are here: Home / About Us

Direct Scaffold Supply (DSS) is one of the largest and most trusted scaffold suppliers in North America and worldwide. DSS manufactures and sells ring lock and cup lock system scaffold, frame/brace scaffold, tube/clamps, shoring systems, forming equipment, job site/crowd control fencing, and all related accessories. As the pioneering original equipment manufacturer (OEM) of brand name scaffold, DSS has built a reputation for first-class customer service, highly competitive pricing, and the most extensive QA/QC program in the industry. DSS also maintains one of the largest and most diverse inventories found anywhere in the world. Over the last 21 years, DSS has emerged as a leading global supply chain expert with unmatched manufacturing capacity and techniques. DSS can supply all your scaffold needs with high-quality products and on-time delivery.

The world-class DSS Global Headquarters, located in Houston, Texas, USA, houses over 20,000 tons of finished access and shoring products. The facility boasts seventeen acres of outside inventory storage and 180,000 sq. ft. of warehouse space. In Houston, sixty DSS employees manage an annual throughput of 60,000 tons of material, almost 3,000 truckloads, safely, efficiently, and with around-the-clock customer service. DSS has strategic distribution centers placed in Maryland and California, as well as Edmonton and Toronto, Canada, to help ensure products can be supplied quickly to meet customer needs. Since 2015, DSS has been successfully and strategically expanding their distribution footprint on a global basis, including Latin America, Europe, Asia, and Australia, to further build on their first-class customer service and on-time delivery.

Code of Conduct and Ethics

With integrity being one of DSS’s core values, DSS is committed to the highest level of ethical standards.   DSS operates in many different countries with different cultures, and has put a ‘Work Place Code of Conduct.’ This ensures working conditions are safe, workers are treated with respect and dignity, manufacturing processes are environmentally responsible, and ethical practices are upheld at ALL levels of the organization.

DSS’s suppliers are obligated, in all their activities, to operate in full compliance with the laws, rules, and regulations of the countries in which they operate. This Supplier Code of Conduct goes further, drawing upon internationally recognized standards and work practices, to advance social and environmental responsibility.

If you need to rent or buy fencing, we've got you covered. Learn more 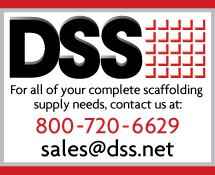